The history search of space-forming structure of Yogyakarta shows an axis or pivot that forms the main hall corridor of the city. The axes are connected to the point of the city elements in the form of buildings starting from the White Pal Monument (Tugu Pal Putih) building in the north of the city, the Sultan Palace in the middle of the city, and Panggung Krapyak in the south of the Palace. The axis series are called as philosophical axis of Yogyakarta. These axes have a very important value considering to its position in the main pivot of the city. It will certainly bring its consequence on all of the physical elements that form the region. One of these referred elements is the sign elements. The definition of the sign elements is landmark buildings, gates, nodes, billboards, traffic signs, information boards, art media (murals), monuments (sculptures), and the installations of three dimension art in the public space. The result of the identification in the field shows that, the first, the presence of the signs along the axis tend to be without special characters (distinct character), so the formed character of the space is closed to the other locations. The second, the existence of advertisement media or information boards whether commercial, social, or information from the government tend to be unorganized and dominate the available spaces. The specific elements in the form of work of art installation, monuments, gates, and heritage buildings that have already existed and form a special character to the region that impressed overwhelmed by the presence of advertising media and information boards so it is felt to be lost from the sight. The rearrangement of the advertising media and information boards, also the development of sign elements that have a good synergy will contribute to the value strengthening of philosophical axis of Tugu Pal Putih and Panggung Krapyak of Yogyakarta. 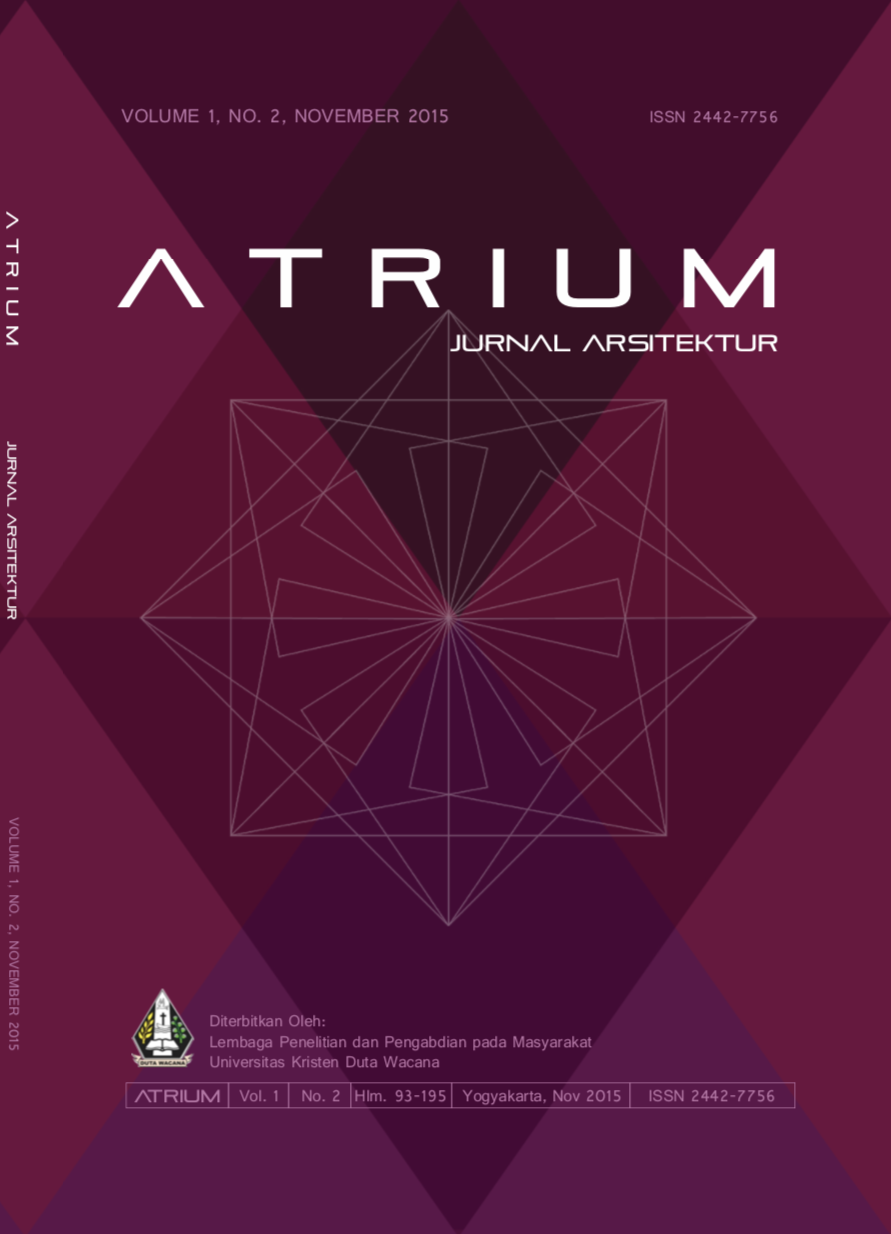